Automatization: Will Robots Replace Us? 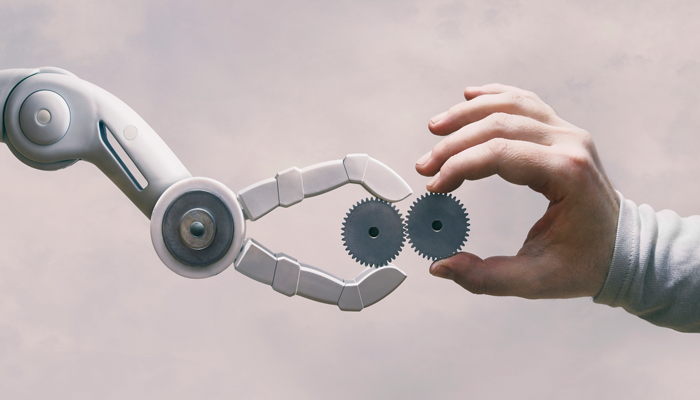 The pandemic has accelerated the digitalization of society, leading many to worry whether a robot will replace their job. Even before COVID-19, tech giants like Elon Musk were saying that governments will have to establish universal basic incomes to support all the people losing their jobs to automatization.

Will artificial intelligence replace us? Experts are divided.

McKinsey found that in about 60 per cent of occupations, at least one third of duties could be automated. However, only 5 per cent of jobs can be fully automated.

According to the World Economic Forum, advances in technology will create 12 million more jobs than it destroys. Whereas other researchers argue that for every robot added per 1,000 workers, wages decline by 0.42 per cent and the employment-to-population ratio by 0.2 per cent.

Unfortunately, no one has a crystal ball to predict the future, but it is certainly clear that now is a good time to future-proof your skillset.

Jobs Likely to be Automated

Repetitive, predictable tasks will be nearly outright replaced by automation.

Predictable physical work, like assembly line manufacturing, food preparation, and packaging are all susceptible. Computers also outperform humans when it comes to data collection and processing, so bookkeeping and data entry are also vulnerable.

Self-checkouts in retail, chatbots in customer service, and auto check-ins in reception will all have impacts.

Jobs Unlikely to be Automated

Analytical work that requires creative, critical thinking will be the future of work.

If repetitive physical work is most likely to be automated, then it stands to reason that the opposite is true. Unpredictable physical work like construction, forestry, and agriculture are less susceptible to automation.

And while computers outperform humans with data collection and processing, the creative and critical thinking that goes into scientific experimentation and research is unlikely to be replaced by computers any time soon.

Jobs that require a lot of interpersonal skills will also be automation-proof, like human resources, health care, and education. So much of communication is more about body language and tone. A classic study reasoned that communication is 55 per cent nonverbal, 38 per cent vocal, and only 7 per cent words only. The exact breakdown has since been debated, but the point remains: there is a very uniquely element to human-to-human interaction that AI has yet to master.

If you’re looking to transition into a new, automation-proof career, one of the best ways to be prepared is to ensure your criminal background check is ready. We offer safe and secure online checks that can be delivered to you within fifteen minutes. Visit https://www.tritoncanada.ca/online-police-checks to learn more.