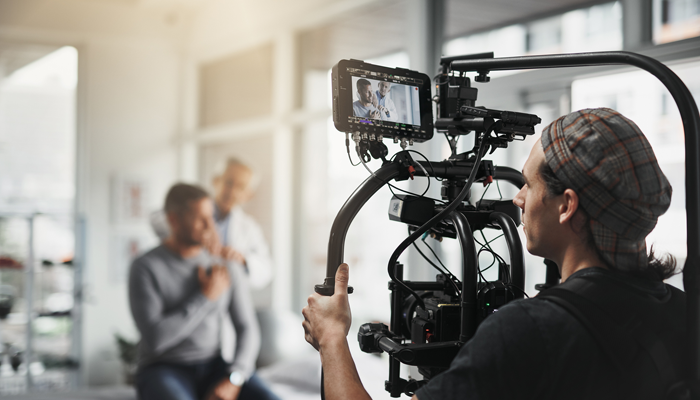 Canada’s film industry has fared the pandemic well. Producers and unions worked hard to create safe working environments that followed health and safety protocols. And as of February 2022, there are twenty major film and television productions taking place in Ontario alone. With the current Omicron wave having peaked, there is optimism the industry can continue its upward trend, creating more film industry jobs.

As the industry continues to grow, it is becoming increasingly competitive, changing in significant ways.

Like all creative fields, there is a lot of debate about the value of formal education. Famous filmmakers such as George Lucas and Kathryn Bigelow attended film school. Receiving training from professionals can give directors, actors, editors, and more the advantage they need to stand apart from the competition.

Many Canadian schools, like University of British Columbia, Ryerson, and York, offer a range of programs from one-diplomas, four-year bachelor’s degree, and master’s degrees. Outside of academia, there is also a greater push now for those in the entertainment industry to get more training in career development through avenues such as online lessons, paid mentoring consultations.

However, people in the film industry—actors in particular—are notorious for lying on their resumes. An education background check will make sure a production company isn’t making a multi-million-dollar investment in an unqualified hire.

Following number allegations of sexual abuse from multiple actresses against Harvey Weinstein in 2017, the #MeToo movement formed, leading to many high-profile terminations. It was clear that a lot of misogynist and other inappropriate behaviour was no longer going to be tolerated in the film industry. Production companies must now be expected to do their due diligence when making hires.

Reference checks, criminal background checks, and employment background checks are all ways that employers can ensure they’re hiring the right individual. Social media screening will also help determine whether someone is a good cultural fit for a safe and healthy workplace.

The film industry has long had a “Wild West” reputation for its hiring decisions, but those days seem to be over. Triton can help. By outsourcing your employment background checks to us, you can focus creating great, entertaining films and television. To learn more, contact us today by phone at 1-855-790-7516, by email at customerservice@tritoncanada.ca, or by visiting our website.